Around the middle of the 1st millennium BCE, a nomadic tribe of traders known as the Nabataeans emerged in the desert lands of Jordan. Their trade routes allowed for close relationships with civilisations from Egypt, Mesopotamia, Greece and Rome to India and as far as China.

The Nabataeans harnessed these connections and control of trade routes, especially those used in the incense trade, and became a settled civilisation around the 2nd century BCE. Thus, this nomadic tribe began to make its mark in engineering, architecture and written language.

As a settled tribe, the Nabataeans created a flourishing kingdom that spanned nearly 800 kilometres. Their capital city was Petra in Jordan, to the north, while their most important city in the south was Hegra (also known as Mada’in Salih) in AlUla — renowned for its more than 100 tombs, each exquisitely carved from the area’s soft sandstone and inscribed with Nabataean writings.

Today many of these beautifully etched structures still stand, remarkably preserved and rising up from the Saudi Arabian desert. Because of the architectural legacy and inscriptions they left behind, the Nabataeans remain a rich part of AlUla’s history and culture. 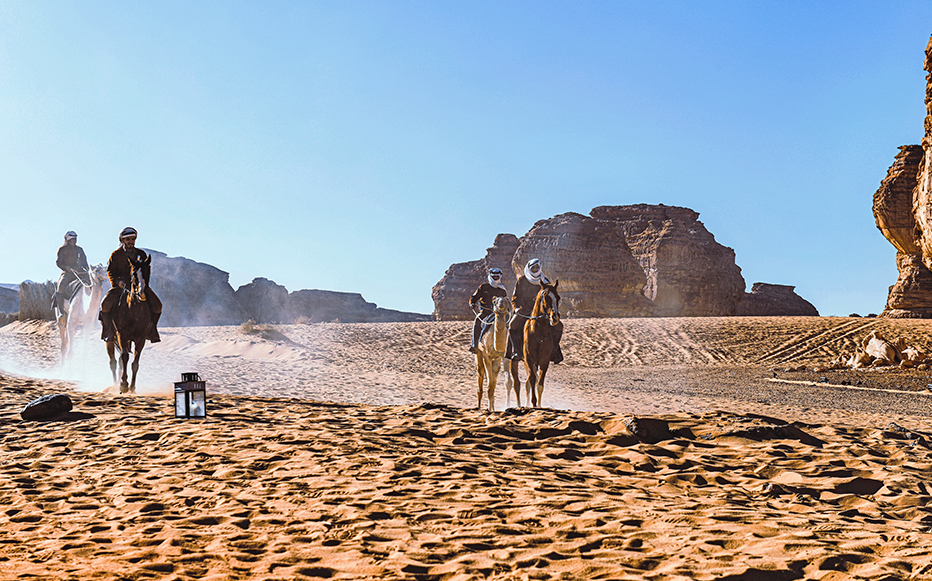 THE IMPORTANCE OF NABATAEAN WRITINGS

The Nabataean inscriptions hold much of Hegra’s wonder. A number of the ornate tombs in Hegra feature dedicatory plaques etched in ancient Nabataean, making it an extraordinarily unique site for linguists and historians, as its sister city — Jordan’s Petra — only contains one inscription such as this.

Ancient Nabataean is rooted in Aramaic, one of the world’s first-known written languages, and considered the international tongue of trade in the 1st millennium BCE.

Interestingly, Arabic script evolved not from one of the native Arabian scripts, which had 28 letters so as to represent all the sounds in Arabic, but instead from the Nabataean Aramaic script, which theoretically had 22 letters. However, because several had become identical in form, it only had 16 different shapes.

In AlUla, you can marvel at these writings and the beginnings of one of the most commonly spoken languages in the world — modern-day Arabic

Hegra sat centrally located between the Far East and the Mediterranean and also served as a gateway to the Indian Ocean from the Red Sea. As such, the city became a cultural crossroads and key trading hub, and the Nabataeans took innovative strides to defend their kingdom. Archaeologists have uncovered traces of a 3-kilometre-long rampart, lined with multiple gates and towers, that once served as the city’s defences.

The Nabataeans also excelled in engineering feats that were exceptionally advanced for their time. More than 130 wells have been discovered in Hegra, tapping into the groundwater deep below Arabian sands and acting as cisterns for rainfall. 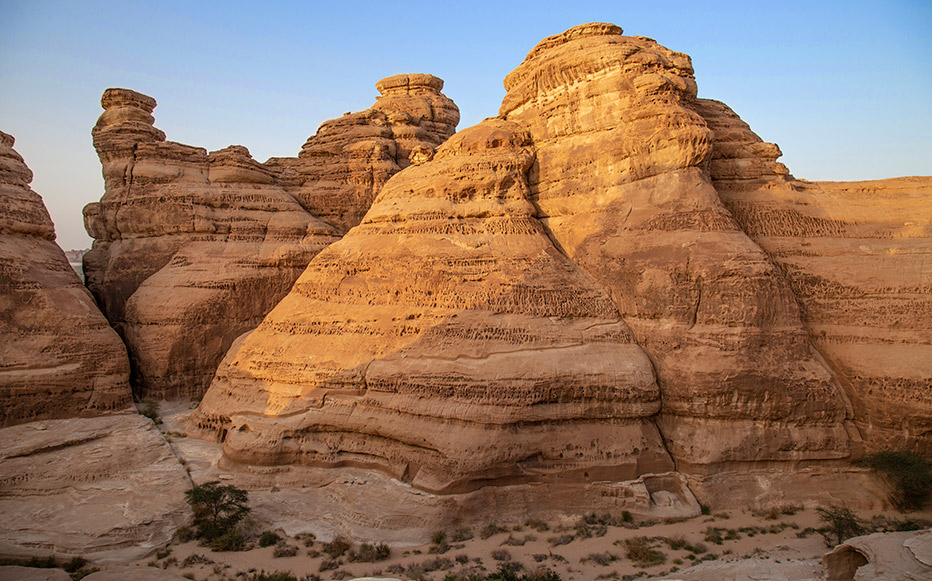