The Essence of Farming in the Saudi Desert

The lush oasis must have seemed surreal to weary traders and religious pilgrims, and it’s possible these historic trade and pilgrimage routes would have never been established without the refuge of the oasis. But along with the welcoming haven offered to travellers, the oasis has provided the civilisations of AlUla with water, sustenance and shelter for thousands of years. To this day, the verdant canopy of date palms shades inhabitants from the elements, a variety of crops flourish in the fertile soil and the oasis continues to nourish life in the middle of the desert. 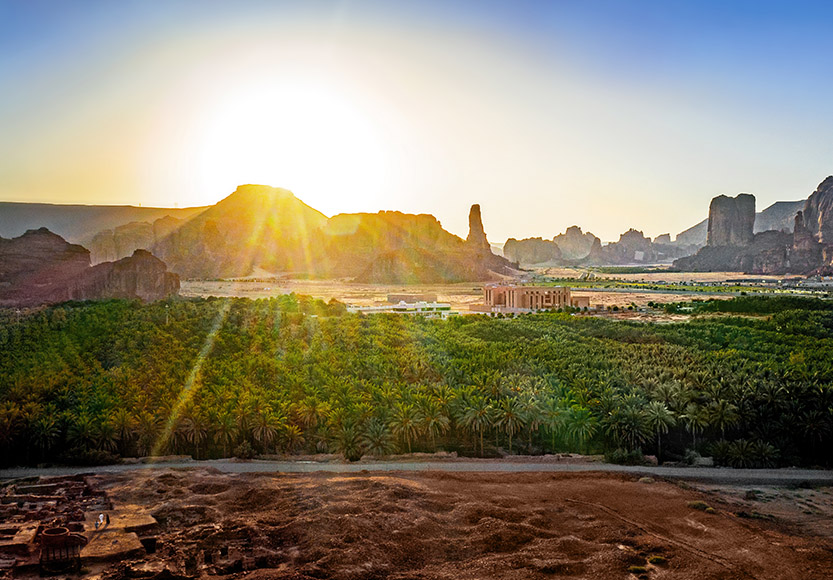 Learn about the sustainable farming practices of AlUla in this hands-on workshop, set in the heart of the AlUla Oasis. Use your skills to contribute to the restoration of the AlUla Oasis by planting new seeds and seedlings.