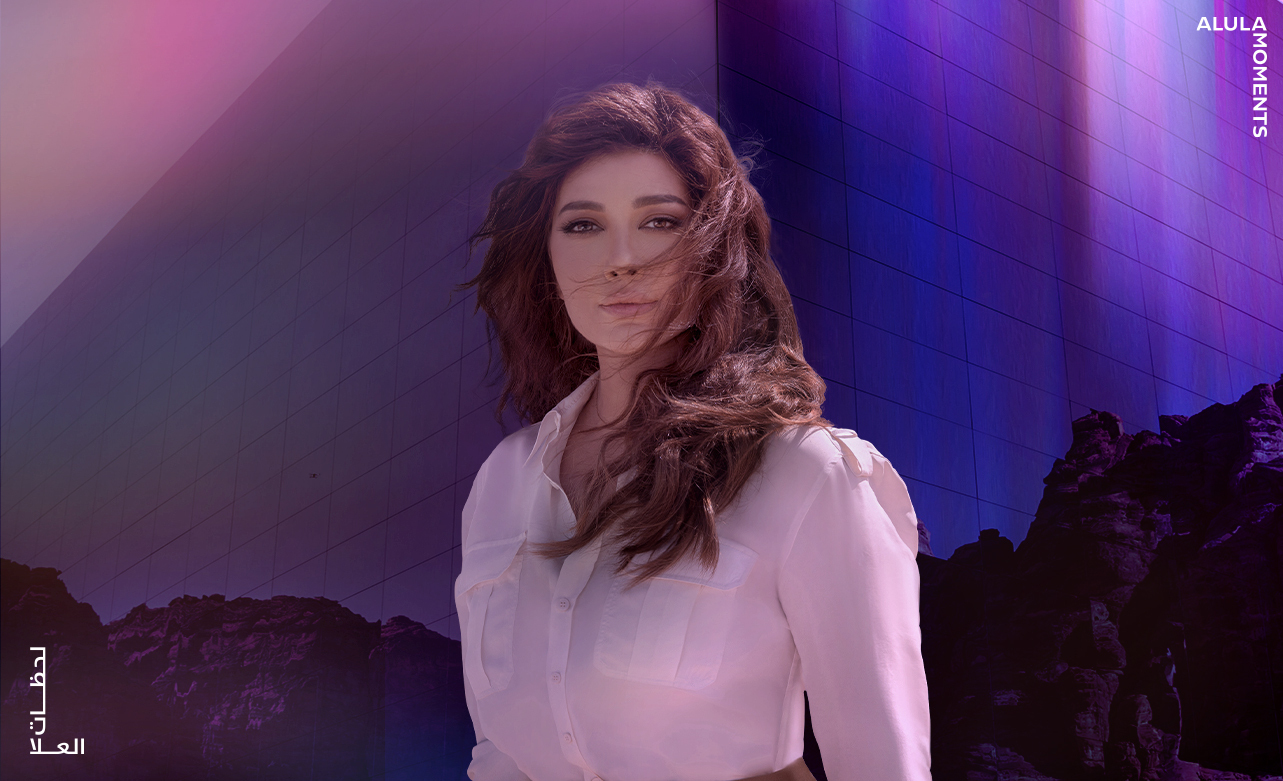 Assala Nasri, a beloved Arab superstar known for her powerhouse vocals, will perform live at the award-winning Maraya on 13 January. Named one of the best female singers in the Middle East, Nasri has won numerous awards and industry acclaim. Don’t miss out on this magical night of music as Nasri serenades the audience with fan-favourites, including ‘Bent Akaber’, ‘Shamekh’ and ‘Aktar’.

Experiences Not To Miss

The striking rock formations and soft sand dunes of Ashar Valley will be the site of an all-new series of exciting luxury retail pop-ups. Sure to delight, the high-end brands coming to this unique concept will be announced soon.

Walk the length of the Heritage Oasis Trail, from Dadan all the way to the centre of the AlUla Oasis, on this one-of-a-kind guided tour. Learn about the mudbricks that create the ancient walls lining the trail and see the lush farms being restored to their former glory.

Learn about the sustainable farming practices of AlUla in this hands-on workshop, set in the heart of the AlUla Oasis. Use your skills to contribute to the restoration of the AlUla Oasis by planting new seeds and seedlings.

Free and open to all, stroll amidst outdoor stalls of fresh produce over two sunny weekends in AlUla. The Fresh Food Market is a community hub to meet up with friends, bring your children or get a taste of life in AlUla.

The AlUla Youth Camp returns to welcome adventurers from 11 to 17 years old to explore the beauty of AlUla while learning lifelong skills and making lasting friendships in a boundless journey of discovery.

Until 19 March The Resonant Shell

The Resonant Shell is a new immersive art installation by artists Nathalie Harb and Youmna Saba. A deeply transformative experience, visitors can enter an accoustically isolated space and sit in a meditative silence, temporarily escaping from the outside world.

Explore Saudi Arabia's first UNESCO World Heritage Site, Hegra, as the ancient Nabataeans would have atop a handcrafted wooden horse carriage in this private tour.

Until 30 April AlUla on Wheels

Inspired by feel-good nostalgia, Good Intentions presents AlUla on Wheels, curated by Swizz Beatz. Don’t miss out on skating, dancing, and exploring this old-school, open-air roller rink in the heart of AlJadidah. Glide under the stars as you groove to some of the world’s freshest music.

The pedestrian-friendly area of AlJadidah is being renovated to create an all-new Incense Road leisure and retail experience helping to connect AlUla Old Town to AlJadidah. Preserving the urban heritage of AlJadidah, visitors will find curated street art and public murals, along with new cafes and shops lining the roads.

Discover the traditional arts and crafts of AlUla through Madrasat Addeera. Free weekly workshops are offered by The Prince’s Foundation School of Traditional Arts on a wide variety of topics; all ages and skill levels are welcome.

Free and open to the general public, families, and kids of all ages, learn about this unique style of art made famous by Andy Warhol. Visitors will create handmade silkscreen printed artworks in the pop art style at the new Madrasat Addeera Silkscreen Studio.

FAME: Andy Warhol in AlUla brings together some of Warhol’s most iconic artworks at the award-winning Maraya from 17 February to 16 May, 2023, featuring paintings and prints of Hollywood stars, sporting legends and musicians and his groundbreaking Silver Clouds.

Located in the bustling Arts and Culture District of AlJadidah, the AlUla Music Hub offers twice weekly live music performances and music classes for all ages.

The world's most beloved tenor Maestro Andrea Bocelli is returning to AlUla to mesmerise his audience yet again at the award-winning Maraya. Andrea Bocelli's fame stretches across the globe; his ability to bring the world together through music is seen time and time again. A frequent visitor to our desert oasis, this concert will be Bocelli's fifth performance in AlUla. We are excited to extend our hospitality once again to Maestro Bocelli.

One of the most well-known performers of popular music in Middle East, Saudi’s own Abdelmajeed Abdallah will perform for the biggest concert held in AlUla yet. The Prince of Tarab will bring his passion for music and top hits, such as "Tetnafasek Denyaay", "Yabn Elawadem", " Ghalta" and more. Don’t miss out on this magical night with the spectacular backdrop of AlUla on 10 February.