There are traces of many who have built AlUla over millennia, from the capital of the kingdoms of Dadan and Lihyan, to the trading hubs of the Nabataeans and into the Islamic era. Much of AlUla’s epic rock formations, valley and sandy desert remains an untouched expanse, with discoveries yet to be made threaded through its rich and layered past.

AlUla attracted pilgrims and travellers who came to take advantage of the abundant resources offered by its fertile oases. The people of AlUla have long been lauded for their hospitality, celebrated by famous explorers of the past for their warmth and authenticity. A vital crossroads along the famous incense-trading routes running from southern Arabia, north into Egypt and beyond, AlUla's oases dotted the area and offered a much-needed respite for caravans of weary travellers. It remains a welcoming place to rest, commune and recharge.

The Nabataean site of Hegra, was the southern capital of the Nabataean kingdom, dating back to the first century BCE. Today, visitors will find that more than 100 well-preserved monumental tombs remain, most with elaborate facades carved from rock formations that are scattered throughout this immense desert landscape.

Before the Nabataeans, AlUla was the capital of the ancient kingdoms of Dadan and Lihyan, which controlled the caravan trade in the first millennium BCE. Dadan linked southern Arabian kingdoms producing valuable aromatics to the growing markets in the Mediterranean world. See remarkably well-preserved tombs, expertly carved from a towering red-rock mountain face that overlooks the valley oasis. A special highlight is the famed Lion Tombs marked by seated lion sculptures.

What was part of the caravan way station served as a record keeper of sorts with carvings providing information to researchers about the way of life of the Dadanites, Lihyanites and others. Hundreds of inscriptions referring to journeys, pilgrimage, ritual and offerings can be found here. Rock art depicting humans, chariots, harps, camels, bovines, goats, scorpions and ibex can all be spotted.

Where pilgrims, travellers and permanent settlers congregated through the ages. AlUla Old Town

Look up at the fort above while walking through the labyrinth of streets of AlUla Old Town that was occupied from the 900s CE until the 1980s. Nearly 900 two-storey mud brick houses, 400 shops, five squares and a mosque populated the oasis town. It was a key stop along the Islamic pilgrimage route from Damascus to Makkah. Travellers, traders and pilgrims would be met outside the town’s walls.

The Diwan and Jabal Ithlib

Religious or ritual practices at Hegra were concentrated around Jabal Ithlib, a natural mountain outcrop to the east of the city.

Over 100 monumental tombs are carved into the rocky outcrops surrounding the ancient city of Hegra. Jabal AlBanat has one of the largest clusters of tombs; 29 tombs are carved on all sides of the sandstone rock.

Among Hegra’s outcrops is Jabal AlAhmar, a name referring to the red hue of the rock. This location has 18 tombs, of which, a few were recently excavated.

Due to the proximity to incense trade routes, Dadan was one of the most developed 1st-millennium BCE cities in northern Arabia.

Jabal Ikmah, a mountain near to the ancient city of Dadan, the capital of Dadanite and Lihyanite Kingdoms, has been described as a huge open-air library.

With nearly 900 houses, 400 shops and 5 town squares, the Old Town of AlUla still contains remnants of some of the original stone and mudbrick buildings constructed here.

Take a tour with a Rawi (guide) through AlUla Old Town where pilgrims, travellers and permanent settlers congregated through the ages.

Start your journey through time at Dadan, the ancient Kingdom of the Lihyanite and Dadanite civilisations. Next, take a 10-minute drive to Jabal Ikmah situated in a stunning desert canyon.

Explore Hegra with our Rawi as you are driven around in a vintage 4x4 Land Rover, each suitable for up to 7 guests.

The Heritage Oasis Trail is a designated trail within the AlUla Oasis with beautiful spots for photos and a few local farm stalls along the way. Guided tours are available.

Saudia Airlines and flydubai fly into and out of AlUla International Airport (ULH). The newly renovated airport is located just 35 km (a 30-minute drive) from the city centre.

Unlock the secrets of this open-air museum, where an exciting collection of immersive experiences and activities bring its stories to life.

Looking for a place to rest after a long day’s adventure? From high-end luxury to sustainable eco-resorts, AlUla offers a range of accommodation options.

We strive to make your visit to this amazing destination as safe as possible.

Plan and Book Your Trip

Learn about the different options to make the most of your time at AlUla. You can book your trip through our preferred booking partners or book your trip yourself by exploring AlUla accommodations and thrilling experiences. 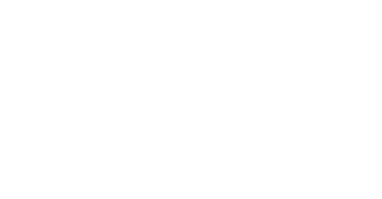